What Is Bitcoin? Here’s What You Need To Know

Cryptocurrency has taken the world by storm…but just what is Bitcoin?

In this guide, you’ll discover everything you need to know about Bitcoin.

Read on or skip to the section you’re interested in…

Launched in 2009, Bitcoin was the world’s first cryptocurrency…Now, no-one really knows the true identity of it’s creator, Satoshi Nakamoto. In fact, that remains a mystery to this day! But how does it work?Well, Bitcoin actually uses advanced encryption techniques to secure and verify transactions. And unlike other currencies, Bitcoin and other cryptocurrencies can function without the need for any central authority…This basically means it’s completely decentralized, thanks to blockchain technology.

2. How does Bitcoin work?

When you use traditional payment methods, such as credit cards, your transactions go through a bank.

The bank has to clear the transaction before it is verified and added to your account’s transaction history (account statement). Normally, this history is kept by your bank and only viewable by the bank and yourself. So why is there so much excitement over the Bitcoin revolution?

Well, mainly because blockchain technology is transforming the way transactions are being processed.

With this new paradigm (the blockchain), transaction history is free from any foul play, such as changing records.

To protect your privacy as well as that of others, users are identified by just two things:

2.2. How Do Transactions work? While credit cards have payment processors like Visa to process transactions, Bitcoin has what are known as “miners”.

Since Bitcoin doesn’t physically exist, the name “miner” can be misleading.

(Bitcoin mining used to be possible with personal computers but is now too resource-intensive). When users of Bitcoin transact with the digital currency, their transactions are sent to the Bitcoin network, where miners pick them up and group them into blocks. These blocks are then added to the blockchain.

However, for each new Bitcoin block to be added to the blockchain, something called “proof-of-work” has to be performed to ensure that transactions are real and that the network remains secure.

Each new block has what’s called a “nonce” or a string of numbers, that, when found, allows for the block to be added to the block before it.

An easy way to think about this is comparing mining to finding the correctly shaped Lego piece (nonce) in order to attach it to the previous Lego piece (previous block in the blockchain).

Miners are the ones responsible for this “proof-of-work”, or finding nonces…

And thus confirming transactions and securing the Bitcoin network.

Proof-of-work mining is very resource-intensive in terms of computing power and energy. These days, finding the correct nonce is extremely difficult. Most Bitcoin mining operations are now extremely professional and large in scale. Your everyday person simply doesn’t have the resources necessary to make Bitcoin mining profitable.

(If you can guess more times per second than others, you have a higher chance of finding the nonce before them).

For their efforts, Bitcoin miners are rewarded with transaction fees, which users pay to miners to process their transactions quicker. They also get newly “minted” Bitcoins – if guess the right nonce and add a block to the blockchain.

Along with eliminating the need for centralized authorities like banks (vs. a network of miners), this proof-of-work mining system also makes it very difficult to modify the Bitcoin blockchain.

Modifying any one block requires modifying all blocks before it (since all blocks are tied to each other via nonces).

… Considering that as of April 2, 2018, there are over 500,000 blocks (each of which contains hundreds or thousands of transactions), the computing power necessary to change the blockchain makes such an attack infeasible.

As mentioned, every time that a block is added to the blockchain, Bitcoin is “minted” or created then released to the miner who found the block’s nonce.

However, this creation of Bitcoin is not endless, as when Bitcoin was created, the code was written so that the supply of Bitcoin would max out at 21 million.

This is significant and a huge factor that gives Bitcoin its immense value as fiat currencies, such as the United States dollar, are more or less printed at will. This leads to inflation and devaluation of currency.

In other words, every dollar or dollar-denominated asset you own, such as a house, decreases in value over time, as more and more dollars come into circulation. More dollars in existence means that each dollar is worth less due to dollars not being as scarce.

2.5. What Happens When Bitcoin Runs Out?

Many wonder what will happen when Bitcoin supply maxes out and no more Bitcoin are created. While no one can see into the future, there are a couple of predictions that have been thrown out there.Of course, if no more Bitcoin is created, that means mining will cease to exist. As such, many think miners will be heavily affected since they will have no more incentive to mine and gain rewards from adding new blocks to the blockchain.This may lead to miners backing out of Bitcoin mining, which may lead to centralization of Bitcoin as less people will store copies of the Bitcoin blockchain and confirm its validity.Yet, others believe that miners will still be able to be part of the Bitcoin ecosystem as they will still be paid in transaction fees and ASICs may become more efficient in terms of energy usage (lower energy costs to run Bitcoin mining hardware).Another prediction that people make is that if the supply of Bitcoin runs out, the price of Bitcoin will increase even further! Why? People would scramble to get their hands on some of the remaining Bitcoin (assuming that Bitcoin continues to retain its value).

3. How Is Bitcoin Stored?

Cryptocurrency exchanges like Coinbase and Kraken, where you can buy and sell Bitcoin, offer “wallets” on their websites where you can store Bitcoin.

Note: You can also buy Bitcoin from a website like XCoins with your credit card. Some people find this easier than using a regular cryptocurrency exchange. Another option you have is a paper wallet, often thought of as the most secure Bitcoin storage method.Paper wallets are piece of papers with your Bitcoin private key and public key.Your private key can be used to access and send your funds from an online wallet. Your public key is your wallet “address” or where people can send you funds. Yet another popular storage option for Bitcoin is hardware wallets, such as the Ledger Nano S.As with paper wallets, hardware wallets store your Bitcoin offline but this time in a device (the hardware wallet).The hardware wallet is connected to your computer (usually via USB connection) when you want to make transactions.Your private keys are kept on the device, which greatly reduces the risk of someone stealing your Bitcoin through online infiltration (such as an exchange getting hacked).

4. The History Of Bitcoin.

Though Bitcoin is just over 9 years old, a lot has happened since its inception… Nevertheless, this growth hasn’t come without its growing pains. Bitcoin has had splits (called forks) where Bitcoin has split into Bitcoin and other forms of Bitcoin, such as Bitcoin Cash and Bitcoin Gold.These forks mostly came about due to community infighting over how to progress Bitcoin’s development.The biggest development issue in recent times is how to address increased usage of Bitcoin as it grows more and more popular (otherwise known as improving Bitcoin’s “scalability”).

The original Bitcoin community (referred to as “core”) advocates other initiatives, such as the development of The Lightning Network.

This proposal advocates handling transactions between two parties off the blockchain (on the Lightning Network).

However, Bitcoin eventually bounced back and in recent times, has seen tremendous growth in terms of factors, such as price and number of daily transactions.

Check out chart below on how Bitcoins has grown. While Bitcoin remains the king of cryptocurrency for now, other cryptocurrencies (known as “altcoins” – short for alternative coins) have emerged.

Some altcoins like Ethereum and Litecoin are immensely popular themselves.

Over time, Bitcoin continued to gain in popularity, with services, such as the massive Mt. Gox Bitcoin exchange, arising as a result.

At its peak, Mt. Gox was responsible for 70% of all Bitcoin transactions. However, in February 2014, Mt. Gox closed its doors after it revealed that 850,000 Bitcoin had gone missing (valued at about $450 million at the time). This had an immensely negative impact on Bitcoin and cryptocurrency as a whole.

5. The Benefits Of Bitcoin

So why would anyone use Bitcoin over traditional currencies?

Though some would argue that Bitcoin’s high price isn’t justified, there’s no doubt that it has a list of benefits that give it value, such as scarcity, decentralization, anonymity, immutability, and divisibility.

Let’s run through them…

As mentioned, Bitcoin is scarce.

If people continue to see it as valuable in the future, its price will further increase similar to other scarce assets like gold as new Bitcoin creation continues to decrease.

Decentralization is another benefit of Bitcoin since thousands of copies of its blockchain are stored across the globe.

This means that no one malicious actor (or group of malicious actors) is able to manipulate Bitcoin without a near-impossible amount of computing power.

With the Internet and moving of transaction history online, anonymity has largely fallen by the wayside.

Nowadays, if you’re not using cash, banks and others can see how you spend your money, for better or worse.

Bitcoin restores some privacy back to the people by making transactions anonymous (aside from the addresses that Bitcoin is sent to and from as well as transaction amounts).

As mentioned, Bitcoin transactions are immutable or can’t be changed since that would entail changing copies of the blockchain across the world.

This prevents problems with other digital currencies like double spending.

Also, while Bitcoin supply is fixed at 21 million, since Bitcoin doesn’t physically exist, it is infinitely divisible.

For example, you can have .1 Bitcoin, .01 Bitcoin, and so on and not just whole number amounts of Bitcoin. Thanks to its divisibility, Bitcoin is easier to obtain and move around than assets like gold.

6. The Disadvantages Of Bitcoin.

7. Threats To The Future Of Bitcoin.

Although Bitcoin has gained a lot of public attention, its future outlook is unknown as there are both threats and opportunities facing it. Here’s a few things to watch out for…

For one, most governments are hostile towards Bitcoin and other cryptocurrencies, since they are a direct threat to the current financial establishment. Cryptocurrency regulations are becoming stricter as a result.

Governments are currently in charge of issuing currencies and controlling the flow of money.

If Bitcoin were to become widely accepted, governments would have much less importance in peoples’ lives.

Furthermore, as mentioned, other cryptocurrencies have emerged.

As Bitcoin struggles to address scalability (transaction fees and times are becoming unbearable), other cryptocurrencies may swoop in and take Bitcoin’s place as the top cryptocurrency.

Another threat is the threat of hacking. While Bitcoin has yet to suffer any hacks, it remains to be seen whether or not it can keep its perfect security record.

It’s not practical in the real world yet:

Lastly, another threat to Bitcoin’s future (and feasibility as an actual currency) is the fact that it isn’t practical for everyday users.

As mentioned, using Bitcoin is way too difficult for most people, which means that it won’t see everyday usage until changes are made.

8. The Opportunities For Bitcoin.

Regardless of these threats, many remain optimistic on Bitcoin’s future…

Bitcoin’s scarcity, decentralization, anonymity, immutability, and divisibility give it huge advantages over other payment methods and forms of currency, including altcoins.

While other cryptocurrencies have some or even all of Bitcoin’s beneficial properties, none have reached its level of popularity or security.

Even the #2 cryptocurrency, Ethereum, has suffered from security breaches, such as The DAO Hack, despite being younger than Bitcoin.

If Bitcoin developers can figure out a way to make Bitcoin easier to use and thus more accessible to the masses, it’s possible that Bitcoin could one day become as big of an invention as the Internet. 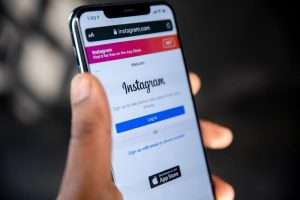 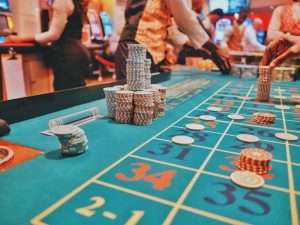