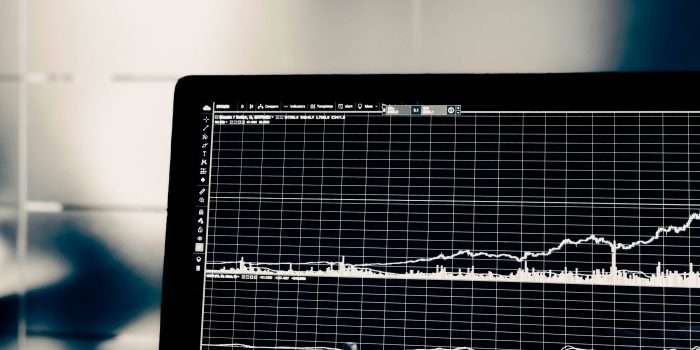 EOS is a platform that’s designed to help developers launch their own decentralized apps (DApps).

So what’s the benefit of EOS?

Basically, as the blockchain becomes increasingly popular, more and more enterprises will be developing their own DApps.

These Dapps will cut out the middleman, allowing you to own your data. Plus DApps make the overall network operate faster because it’s peer-to-peer (rather than relying on a central source).

The more peers there are, the faster the network. EOS essentially offers a simple and easy solution to building these decentralised apps.

They’re kind of like a rival to Ethereum (another decentralized apps platform).

Why is EOS one of the top altcoins to watch?

Tron’s mission is to create a more decentralized version of the web. The web 4.0.It’s built for content entertainment systems, allowing users to:

It’s landed in my top 5 altcoins, mainly because content is at the centre of the internet.

Every blog, video and audio clip we consume is content.

The biggest companies in the world – such as Netflix, Facebook, Google and YouTube are all content driven. So if TRX is adopted on a mainstream scale, then Tron’s impact could be huge.

Why is Tron one of the top altcoins to watch?

If you’re already familiar with altcoins, then you’ll have heard a lot about Ethereum already.It’s another Decentralized App platform like EOS. The rivalry between EOS and Ethereum is intense – they’re both in a race to become the world’s number 1 platform for decentralized apps. You can see the differences between both below: Ethereum is on my shortlist for the best altcoin of 2018 because it’s so well established.

There are already over 1,500 projects built via the Ethereum network – and this will only continue to grow.

Their technology is constantly being updated:

Exciting technology developments include the Casper Protocol and their race to improve scalabilityt transaction speeds.

Plus, Ethereum is the network of choice for ICOs.

It’s the most popular ICO platform in the world.

I can only see Ethereum’s dominance as a platform for building DApps getting bigger and bigger.

Why is Ethereum one of the top altcoins to watch?

If you’ve ever heard of the DarkNet or TOR, then you may know that Monero has already been used for millions of transactions online.

You can see XMR’s spike in popularity over the last few years below:

60% of consumers worry about online privacy. It’s kind of a big deal.

However, most cryptocurrencies aren’t that confidential.

For example, if someone knows your public key for Bitcoin then they can see where and how much you’ve spent previously.

That’s a privacy problem most of us would feel uncomfortable about. Monero aims to solve this with it’s untraceable network.

The other issue is that when so many third parties financial institutions hold our data, it creates a single point of failure.

Monero doesn’t leave your data in the hands of a third party.

Instead, you directly control your data anonymously.

Therefore you don’t have to worry about the security breaches that could hit a financial institution.

Why is Monero one of the top altcoins to watch?

VeChain is a cryptocurrency designed to prevent counterfeit fraud.

Users can scan a product’s unique identity, track it and ensure it’s genuine.

So what problem does VeChain solve and why could VeChain become the next big altcoin in 2018?

First of all, this could save lives.

With counterfeit medicines being branded to look and feel like the genuine product, it’s almost impossible for someone to check it’s validity.

QR codes were designed to solve this problem, but even they can be manipulated.

With VeChain’s help, users could quickly scan a product’s packaging, check it’s source and see if it’s fake or not.

But that’s not all.

The loss caused by counterfeit goods costs the US $600 billion per year.

So VeChain is perfect for luxury brands who want a transparent way to help consumers ensure they’re receiving a genuine product. Why is VeChain one to watch this year?

Unlike EOS, VeChain or Tron, Litecoin isn’t a platform.

It’s more like a digital currency designed for transactions on a mass scale.

Therefore, Litecoin is kind of like Bitcoin, but overall it’s more practical. What are the benefits of Litecoin? Ardor is a blockchain technology designed for businesses.

It’s a blockchain as a service (BaaS) platform, with an architecture for parent and child chains.

These child chains allow enhanced security and a more efficient blockchain, that’s simple for businesses to use.

So essentially, it’s an easy way for a business to create their own blockchain.

It’s kind of like WordPress for cryptocurrency. You can simply click and create your own blockchain ecosystem.

So why is Ardor one to watch?

Aion is a tiered platform for creating Decentralized Apps.

The concept is a little technical, so if you want to learn about Aion in more depth you can do so here. But let me break this down simply for you.

Essentially Aion is a middleman, allowing two different blockchains to communicate with each other.

Why is Aion one of the top altcoins to watch?

Waltonchain is a supply chain cryptocurrency. It basically connects offline products to the blockchain.

The WTC team refer to this concept as the Value Internet of Things (VIoT). So what’s the use case of Waltonchain?

Here’s a few examples of how Waltonchain could be used.

Let’s say you go to the supermarket:

Using Radio-frequency Identification (RFID), you could go to the shop, buy your groceries and walk out whilst automatically paying for your products.

Or if a business wants to track their inventory whilst it’s being shipped out, Waltonchain could sync items to it’s blockchain.

If items are tracked via Waltonchain, it would be easy to see if an item is genuine – or if it’s been stolen using its unique identification system.

So could WaltonChain become one of the best altcoins of 2018?

Ark is another way for developers to create their own blockchains and decentralized apps.

The problem with similar projects is that they quickly become congested, once their blockchain is filled up with users.

This leads to slower transactions, and usually more expensive fees.

Plus you usually need technical development expertise to fix issues like this.

That can get very expensive if you’re a new startup on a shoestring budget.

Here’s a few reasons to watch this altcoin:

PiVX is on a mission to help user’s protect their privacy. As a fork of DASH, PiVX has integrated some interesting features to its technology.

So why is PiVX an altcoin you should watch?

Stellar acts as a payment network between bank accounts.

So with XLM, if someone wanted to send an international payment from their bank account, their payment would move via the Stellar network, search for the best exchange rate and then credit the person they’re trying to pay.

And this would all happen within a matter of seconds.

Plus, it’d be cheap – a lot cheaper than traditional international payment systems.

Here’s why Stellar is one of the top altcoins to watch:

The internet is the world’s most powerful way to freely share information.

But that freedom is under threat.

Let’s take a look at some facts:

And that’s where SubStratum comes in.

It also rewards users for hosting it’s blockchain network by installing a node server on the user’s computer. Here’s why SUB is a promising altcoin:

With Ethereum’s founder on their leadership team, OmiseGo looks set for big things in 2018.

It’s an alternative way to accept digital payments – without a bank account.

This is useful for:

Why is OmiseGo one of the top altcoins to watch in 2018?

Binance is already one of the world’s biggest cryptocurrency exchanges.

Their coin, BNB, can be traded on the Binance exchange for other coins. If you’re not familiar with cryptocurrency trading, then let me explain:

Usually, you can’t trade with Fiat (offline currency). So instead of buying cryptocurrency with USD or GBP, you’d use Bitcoin, Ethereum or Litecoin to trade other coins.

So why would you use Binance Coin instead?

Well, it allows users to save money on their trades.

Exchanges charge a fee for every trade you place, but if you use Binance Coin then you’ll reduce your costs per trade.

Why is Binance Coin a top altcoin to watch?