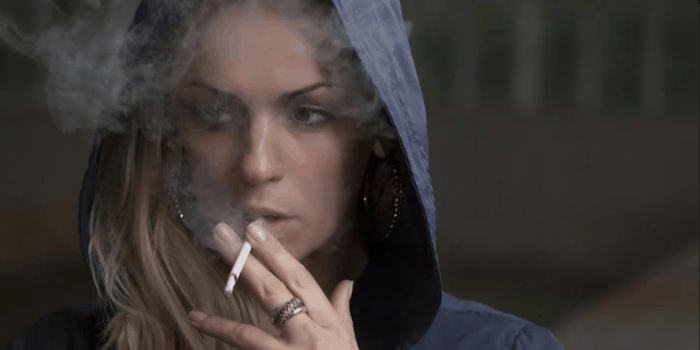 A few years ago, leading medical experts were called upon by the National Academy of Medicine to analyze the science behind cannabis. Following the event, a 68 pages long report was published and it showed how cannabis interacts with the human body and its possible benefits. Since then many studies have been published but not even a single one of them clearly explained why medical marijuana has become popular among the Americans. The truth still remains a mystery to scientists. However, the popularity of cannabis is quite evident. Not just among recreational users but also in the medicine world. Medical cannabis is being used by several patients all across America to treat various medical conditions. So, what is the deal with cannabis? Let’s find out through this post.

Yes, you heard it right, more and more adults in San Francisco are opting for cannabis over nicotine. According to a story published in the Seattle Times, Seattle, Portland, and San Francisco are three metro cities with more marijuana use and less nicotine. This may not come as a surprise. Especially considering that marijuana laws are not stringent in the aforementioned cities. So, if you are out in any of the above-mentioned cities it is quite a possibility that you will find people smoking cannabis more frequently than other areas.

The data that was shown through the story also revealed the percentage of adults into cannabis and nicotine. The results were quite compelling. 20 percent of adults in Portland said that they consumed cannabis while the other 19 percent consumed nicotine. Similarly in Seattle, 17 percent of preferred cannabis over nicotine. Which is not a starking revelation but enough to prove the fact that American adults are more into cannabis than nicotine use. However, this is a report concerning only three metro cities, what about the rest of America? Let’s read further and find out.

Are Americans quitting cigarettes for cannabis?

Several individuals think and have in fact tried quitting smoking with the help of cannabis. But how true is the aforementioned fact? Let’s look at the nation-wide smoking trends. A survey showed that cigarette smoking in America is dropping continuously. While 12% percent of the Americans are smoking cannabis the rest 8% is consuming marijuana through the method of vaping. This is to say that even in the rest of the American cities, people are preferably smoking marijuana over nicotine.

The possible reasons for an increase in cannabis consumption

According to a story published in Forbes, the legalization of marijuana is not one of the reasons why people are increasingly using cannabis. The story went on to say that policy changes do not affect the current scenario. It is, in fact, the societal factors that affect populations across the nation. The societal factors can range from peer pressure to famous influencers marketing the use of cannabis. But this is just one report and in my personal opinion legalization also plays a vital role.

First, because legalization has brought a new wave and people want to learn about cannabis and its benefits. Since 2012 when cannabis was first legalized in Washington, followed by Oregon and California in 2014 and 2016 respectively, the marijuana scene has shifted. People no more stigmatize marijuana.

Second, many scientific researchers are based on the decisions passed by the authorities. Scientific research is used as an asset to see whether or not a particular drug should be legalized. Instead, this is the reason why the FDA approves the use of THC based medicines (Nabilone and Dronabinol) for fighting the symptoms of cancer. Third, legalization means that the general mob can trust a product that is being circulated under the eyes of the higher authorities.

In addition to this, another reason for the growing popularity of cannabis is because people are consuming it for medicinal purposes. This means that cannabis is potent and more and more people are benefiting from it. However with the increase of marijuana use, also comes the risk of developing a dependence on the substance. Marijuana abuse is classified as continued recreational use, even when physical, or psychological side effects are present. So when looking to take marijuana for medicinal purposes, it is important to remember only medical marijuana doctors can provide you a recommendation for cannabis use. Especially the conditions that qualify for marijuana use in your state and the others. For that, you have to definitely cross-check your state laws.

Given the facts and statistics, it wouldn’t be wrong to say that cannabis consumption has definitely increased in the American states. People are switching from tobacco to cannabis. Indeed a powerful shift in the past few years, perhaps it would be interesting to see if the same continues for a decent period of time.