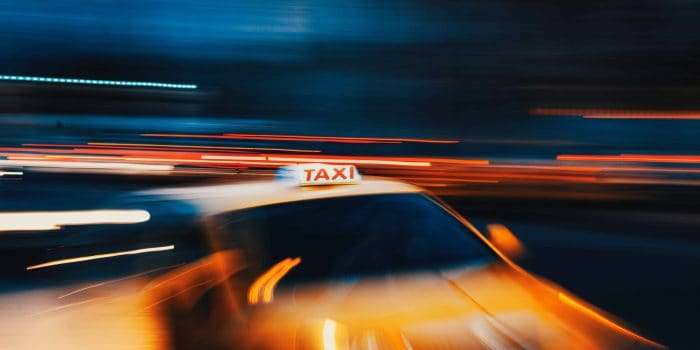 Uber is an enormous taxi service that operates entirely through a smartphone app.

Anybody can apply to become an Uber driver and, considering the high demand for Uber drivers, make significantly more money than a standard taxi driver would.

This guide will run you through the best ways to begin earning money as an Uber driver.

​Before You Apply To Make Money With Uber

Before you actually go to apply to become an Uber driver, you should first determine whether or not you’re actually eligible to drive for their company. To do so, you must be at least 21 years of each and own a full driving licence.
See Also: The Ultimate Guide to Intensive Driving Courses

You’ll need to own a car (of course) that was created either in or later than 2000, as well as owning a smartphone or having the money to rent one from Uber.

Your car also needs to have four doors.

It’s important that you consider the running costs of your vehicle when applying to become an Uber driver.

Your fuel expenses, car condition and car insurance are all still within your hands as a driver and will have a significant impacts on your profits.

You should apply only if you have a car that can cover a high number of miles per each gallon and that isn’t going to require you to constantly pay for repairs after usage.

Uber require that your car is checked by a mechanic and can pass a number of safety checks before you become a driver.

These checks can be done at any local car shop.

Uber requires you to have personal auto insurance, the kind that you’d need to take your car on the road anyway.

Uber offers insurance cover for any other issues you may have on the road, including liability and collision insurance.

This is paid for by taking a small cut from each driver’s profit and will save you an awful lot of money.

How To Earn As Much Money As Possible With Uber

Other than a handful of easy requirements, there isn’t anything else you’ll need to become an Uber driver.

The only other factor involved in maximising your success is how you perform as a driver. Modifying this to optimise your efficiency will allow you to earn as much money as possible while taxiing.

Having Food & Water With You

Trivial as it may sound, having to constantly stop off to purchase food and water will not only damage your profits but it’ll also mean that you’re spending valuable time finding shops rather than picking people up.

A top tip for earning as much money as you can driving for Uber is to ensure that you always have food and drink with you on your journey.

You can simply pull over at mealtimes and eat food from the comfort of your car without the hassle & expenses of finding places to eat.

Another easy way to save yourself a lot of time is to keep an eye out for public toilets.

You can limit the amount of time & fuel spent trying to find restrooms by having an idea of where nearby ones are.

This can also be useful if a passenger needs to use the toilet during their journey as you’ll already know where to find the nearest toilets.

It can be tempting to spend downtime in a less-busy area after having dropped a passenger off there, however the chances of you attracting any business here are incredibly unlikely. Once you’ve completed a drop-off, head back to busy city areas where people are always likely to need a ride.

If you’re not around these busy areas when people are calling Ubers you’ll be hugely missing out on profit & restrict your sales significantly.

Be Strategy About Uber Notifications

Oftentimes, Uber send texts to drivers letting them know which areas are in ‘high demand’ for taxis.

As a result, hordes of Uber drivers head to these areas and the chances of surge pricing occurring hugely reduce.

I’d advise that you ignore Uber’s texts and simply head to busy areas on your own accord to avoid being undermined by enormous competition.

Uber will activate what they call ‘surge pricing’ when an area is significantly lacking in drivers.

It’s easy to increase the chances of surge pricing being activated by signing out of the Uber app before surging would typically occur – such as just before night clubs close in a busy city.

By doing this, Uber assumes that there aren’t many drivers in that area and turned on surge pricing to send more drivers there.

Log back into the app a few minutes later and begin making the most of the surge pricing.

Make Use Of The Uber Passenger App

If you’ve downloaded Uber already, you may have noticed that there were two apps available – one for drivers and one for passengers.

For the sake of reducing competition, Uber’s driver app doesn’t let you see how many other drivers there are in your vicinity.

The passenger app does, however.

If you’re not receiving many passenger requests for a long period of time, simply open up the passenger app and see how many driver are in your area.

Chances are, if you’re not attracting much attention, there’ll be other driver very close to you hogging all local passengers.

If you notice this, drive away from these other cars to an area nearby where you’ll be in much higher demand.

The idea here is that you steer clear of areas with a high supply and low demand, moving to an area where there’s less supply and higher demand.

Your aim is to supply that demand.

While it can be tempting to accept every single pickup in order to maximise profits, you should generally avoid picking up passengers that are further than 10 miles from you.

By doing this, you stand to dramatically decrease your profits as it’s unlikely that passengers will consistently pay more than it costs you to actually get to them.

On average, Uber drivers only travel around 5 miles for each pickup.

​The Disadvantages Of Being An Uber Driver

Although Uber can be an incredibly useful and easy way to earn some extra cash, it isn’t all sunshine and rainbows.

While there are few, Uber driver still must face a number of drawbacks.

As we touched on before, Uber drivers are entirely responsible for the running costs of their vehicle.

The most significant of these running costs is the price of petrol/diesel.

While these costs are somewhat supported (larger vehicles demanding higher fares (UberX), profits are still severely damaged by the costs of running a vehicle.

Before you can actually become an Uber driver, you will incur a number of costs in fulfilling their requirements.

Uber demand that you can supply your driving history over the previous 7 years which can cost upwards of around £40 to access. You’ll also need to have your vehicle fully inspected which can cost over £60-70.

If any problems are discovered in this process, you’ll then need to pay to have each one fully repaired before you can become an Uber driver.

Another thing many Uber drivers dislike about their jobs is the excessive amount of downtime.

Many wait for hours before having a single person request a ride because their local area is filled with people that can drive themselves where they need to go. Thus, I’d advise that you spend your time in busy cities where you’re far more likely to attract passengers.

Downtime here is less frequent as people are always needing a ride in places where owning & running a car is not feasible/practical, such as in Central London where public transport makes car-ownership futile and burdensome.

It can also be very difficult for brand new Uber drivers to attract a decent amount of passengers considering the immense competition in busy areas.

The best way to avoid this is to try to find a ‘sweet spot’ – an area that has a high demand for Uber drivers and a supply that is lacking. Mid-sized cities/larger towns are best for this.

WHY UBER IS FIGHTING CITIES OVER DATA ON SCOOTER TRIPS