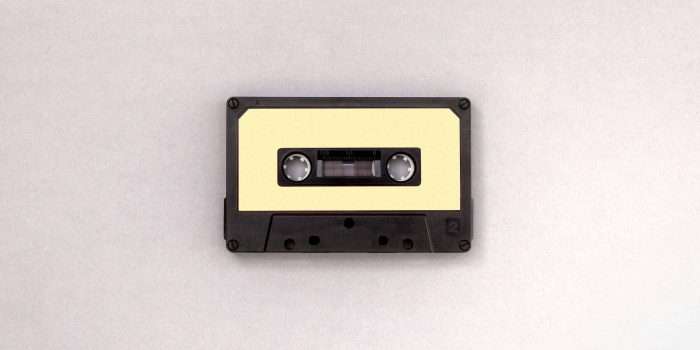 Let’s be honest, music has changed a whole lot since the 80s.

And now Soundcloud is a little-known gem in the world of entrepreneurship and social media & music.

However, rather than following their tweets or photo-upload, you follow the music that they produced.

It is because of this dual purpose, social media and music production, that Soundcloud has become a very popular platform in today’s world. And, the best bit – it’s totally free to use.

Making money on Soundcloud as an artist can be fairly difficult without the right guidance. It may have been a handy tool for building a fan base and gaining exposure, however before Soundcloud introduced an option to monetize content, artists weren’t actually earning anything for their productions.

Thankfully this isn’t the case anymore. Soundcloud’s ‘On Soundcloud’ feature allows artists to monetize their music and start earning money for their music.

This article will run through how you can start earning on Soundcloud – whether you’re a skilled producer or not.

Soundcloud’s On SoundCloud feature isn’t dissimilar to Youtube’s Partner Program, wherein artists are paid per view in ad revenue by YouTube itself.

Through Soundcloud, ads will be played between songs listened to and artists are paid money for each advertisement that is played, just as Youtubers are paid for the ads watched by their viewers.

This money is paid straight to the artists.

Unlike in the mainstream world of music, where artists must find record companies or work with brands to start earning money, through Soundcloud users can be paid straight to their bank account with no middle-company being involved.

Just as Youtube have different levels in their partner program being accessible as views increase, Soundcloud also has a tier-system.

As your listens on Soundcloud increase, you will ‘unlock’ different monetization levels that give you more opportunities to earn.

These are broken down into the following tiers:

A Soundcloud ‘partner’ hosts a free account and is allowed:

At this level, users aren’t able to monetize their content – there isn’t any money available to earn.

This is the base level of your Soundcloud career, a starting platform from which you can begin building a following and getting your music heard.

The ‘Pro’ tier of On Soundcloud allows you to upload 6 hours worth of songs, rather than just 3.

As you may have guessed, Pro Unlimited allows you to upload an unlimited amount of content for an extra cost.

This tier allows you to:

The premier option still includes all of these features, as well as those of Pro Unlimited, as well as some more:

Currently, the Premier option of On Soundcloud is only available upon invite – you can’t simply sign up and pay monthly, Soundcloud have to actually ask you to join.

However, soon Soundcloud will be opening the feature to everybody and thus you won’t need to wait for an invite.

How To Get Invited To The Soundcloud Premier Program

To maximise your chances of being invited, I’ve given a few of my best tips below.

​Resources For Making Money With Soundcloud

Soundcloud is a creative space for music production and an excellent chance to earn money from your craft.

Thus, below I have included some invaluable resources for earning money through music production and honing in on your skills.

Be sure to check them out to maximise your success in the production world and learn all you need to know about the field.

See Also: If you are looking to improve your sound production, check this Sound Dampening Velvet Curtains For Recording Studios.

Winner of grammy awards, Dave Pensado hosts an online site and resource for all kinds of music producers. Pensado’s

Place offers a wealth of information in the field, including interviews with experts, technique application, shows where audiences can interact with speakers and many more resources.

Acknowledged as one of the leading educators in the field of audio, Pensado has helped mix tracks created by music powerhouses such as Michael Jackson and Elton John.

Herb Trawick also co-hosts the site, having years of experience as a successful music manager and businessman. Pensado’s place is and free resource for all music producers looking to improve their successes not only on Soundcloud but in the music industry as a whole.

According to its reviews, Mixing With Your Mind is an excellent resource for audio engineers and producers to utilise to gain an insight & better understanding of the world of music production.

Although a little pricey, the book is incredibly information dense and can be referred back to for many years, never losing its educational value. It’s been described like a toolbox, an infinite resource from which information can continually be harvested throughout your music production career.

‘The book might seem pricey but it is not so, keep in mind that it gives you a lifetime of knowledge, based on world class experience covering more or less all aspects of audio engineering.’ – an Amazon review taken from https://www.amazon.co.uk/Mixing-your-Mind-Closely-Engineering/dp/0646428756.