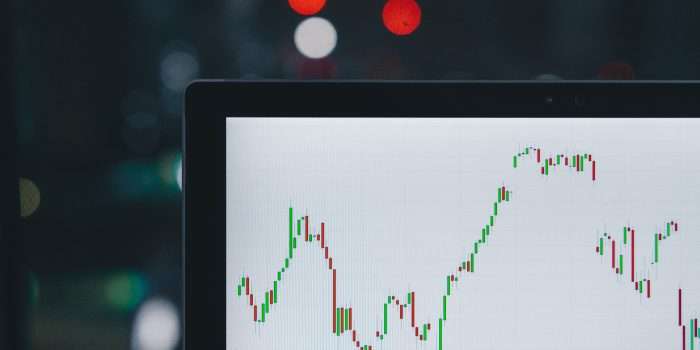 ‘Penny stocks’ is the umbrella term generally given to a bunch of stocks that are all worth less than £1, thus they cost only pennies.

Penny stocks do not always cost only pennies, however, and have recently been characterised as any stock that costs less than around £5.

Often, buying penny stocks is seen as a gamble in the world of investing in the stock market due to the somewhat more dramatic than other types of stocks – they are considerably more volatile and likely to fluctuate in price.

With risk, however, comes a larger potential for profit. In accepting this risk, investors are far more likely to make larger gains than a safer investor, for instance.

Volatility aside, penny stocks can be an incredibly profitable way to start earning money – skilled investor or not.

This article will include some of the best ways to boost your income using penny stocks.

Perhaps the trickiest obstacle in the process of buying & selling penny stocks is finding them.

While yes, there are a tonne of stocks around that cost very little, your aim is to find a stock that is undervalued – that is worth more than it’s being sold for.

In many cases, stocks are priced so lowly because they aren’t any good, they’re worth the pitiful price for which they’re being sold.

Hence why making a decent profit through trading penny stocks is dependent on the intrinsic value of that stock.

It is also dependent on whether or not said undervalued stock is actually being sold.

Although a share may be valued such that it would make you a killer profit if traded, if nobody wants to sell this share then you have zero chance of making a profit from it.

And, once you’ve actually gone ahead and bought a penny stock, you’re going to need to sell it again.

Profits don’t come simply holding onto stocks, money is made when they are sold.

You could always hang onto the stock until it’s in higher demand again, however nobody wanted it in the first place for a reason.

People don’t want to buy it, so how are you going to sell it?

Examining these risks may leave the newbie-investor disheartened and full of dread, however it isn’t all doom and gloom.

It is important to be aware of the risks involved in trading so as to avoid confusion or disappointment if/when they arise.

Now, I will go onto explain the ways in which you can start earning money trading penny stocks.

There are three general ways to start investing in penny stocks – none of which act as get-rich-quick schemes, but all still being valuable ways to earn.

Buying For Low, Increasing Value and Selling For More

It involves buying a penny stock for as low as possible, convincing other investors that the stock is worth more than it actually is and going on to sell it for this exaggerated value.

It goes without saying that this way of trading is incredibly unethical and, in some cases, illegal.

You’re also going to have a hard time actually making it work if you’re a newbie investor because people aren’t going to trust you.

This exaggeration is typically fed to the misfortunate through spam emails, ‘Click HERE to view the BEST PENNY STOCKS AVAILABLE’, for example.

If a stock increases in value, it will have done so for good reason. It may be because the company is about to make a big breakthrough, or they’re releasing a new product that’s set to smash the market.

If such an event is on the horizon and people know about it, many more people will start to invest in that company.

As investors become a part of it, the shares of that company start to inflate in value – because there are less shares available and with a decreased supply comes an increased worth & thus demand.

Rather than lying about a purchased-shares worth, instead start to conduct research into the respective business and investigate its future plans.

In the case of Apple, for example, a keynote presentation may have been publically announced, during which everybody suspects they’ll be launching a new iPhone.

With this information (so long as it hasn’t been leaked from somebody within the company, for this is known as insider-trading and is highly illegal –

eg. Stan from Apple has told you that they’re bringing out an iPhone 8, so you invest in a load of Apple shares), it can be predicted that the price of Apple’s shares will be set to inflate significantly.

If you can identify such a pattern, your claims that the penny stock you own is set to increase in value won’t be false, or unethical.

Buy Cheap, Wait and THEN Sell

Many investors call this method ‘getting lucky’ – buying a share and waiting for some unpredictable event to send its value sky-high and making you a load of profit.

Unfortunately, though, this method lies completely in the hands of chance.

Nobody can predict the future of a business – there isn’t a list of every existing ‘good’, cheap stocks that you can invest in.

Most good stocks are expensive and most cheap stocks are no good so it can be very difficult to tell the intrinsic value of a stock.

This method involves purchasing a stock, sitting on it for a while until an event happens that changes the value of it and then selling it during this period of time.

However, the future a company holds could be as equally negative as it may be positive.

While, yes, Apple might launch a new iPhone this year, Apple’s CEO Tim Cook could also be found out to be a pedofile, sending the value of Apple shares into an unstoppable decline that results in the death of Apple altogether and wasting all of your invested cash.

This is another option for investors which is largely based on technical analysis – the financial analysis of patterns in market date used to make predictions & identify trends.

This method involves, as mentioned before, identifying/predicting potential future events that could cause a company’s worth to rise.

Once these have been found, high-frequency trades can be made, quickly buying a stock just before its value increases and then selling it on once it does.

Again, this method is entirely at the mercy of the future.

Many high-frequency traders lose money in the long-run because of flawed predictions/inaccurate analysis.

The important part is seeing something in the market that nobody else does.

Hence, you need to trade quickly and often – before everybody else figures out whatever it is you’re onto.

It’s very difficult to uphold a competitive advantage for a large amount of time simply because the information that you can access as an individual is also available to everybody else – and if it’s not, you stand to get into some serious legal trouble for inside trading.

Sell Fast, But Not Short

Many people make the mistake in trying to sell stocks quickly of selling them for less than they’re actually worth.

The most profitable strategy when trading penny stocks is to sell it quickly, however many people cling to their investments as stock values rise in the hope that this rise will never slow.

People assume that they stand to earn more money if they just wait a little longer.

Just like gambling, investors get too excited when they see their precious stock becoming more and more expensive, waiting for this value to keep rising only to find that it plummets before they can sell it.

Being greedy as an investor is a sure way to fail.

As well as this, however, you need to make sure that you’re not selling yourself short.

It’s important not to sell a stock the very second it rises in the hope of maximising your profits, because you won’t.

If a stock is clearly rising in value and is set to continue to do so, it makes no sense to flog it as soon as it starts getting more expensive.

Thus, you should seek to find a sweet spot – a point at which you can sell your stock for an increased price without sitting on it until it caves in.

And there you have it – a whistle-stop tour on how to begin investing into penny stocks and making a decent profit from doing so.