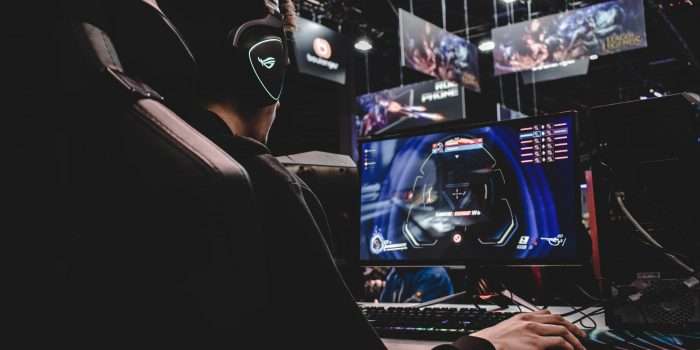 Gaming has gone a long way in the last decade. Gaming enthusiasts are no longer confined to playing at home. Now, you can join gaming tournaments and compete with other players for a prize. Some gamers even turn pro and start a career in gaming. If you’ve decided to sign up for a gaming tournament, you could use all the info you can get. With that said, here are six things you should know before participating in your first gaming tournament.

You don’t have to worry about viewers

It’s common for gamers to feel stressed out before participating in a gaming tournament. The stress is usually associated with the number of viewers watching. If you like watching pros play, you may be familiar that over 250 million viewers worldwide watch eSports. This does sound scary but there’s no need to worry about it. Chances are way fewer viewers will watch your tournament. In addition, they won’t pay as much attention to you as they would to a pro. They’ll be there just to watch people compete in their favorite game. They probably won’t even learn your name. So, instead of stressing out, embrace the crowd and show them a good time.

There might be some rules you’re not aware of

Every tournament uses its own set of rules. This means that if you’ve seen some tournaments on the web, not all the rules you’re familiar with may apply to the one you’re participating in. Therefore, it’s a good idea to research the rules before your first match takes place. That should help you stay in the competition and avoid getting embarrassed. Most tournaments have strict rules about the devices you can have on you. Some of them even don’t allow any sort of hats. Other rules usually have something to do with taunting. People who run tournaments usually don’t tolerate insults and sarcastic remarks.

Networking is a huge part of it

If you’re participating in your first-ever gaming tournament, you don’t have to worry about winning. It’s all about showing up and displaying your skills. So, what else should you focus on aside from playing the game? The answer is networking. Treat the tournament as a networking event and try to connect with other players. You might even end up making new friends and starting an eSports team with some of them. Getting to know other participants is also a great way to stay calm and have fun while playing. The more tournaments you sign up for, the longer your friend/teammate list will be.

Prizes may be greater than you think

As we already said, eSports are evolving at a rapid pace. Small local tournaments now attract more viewers and give better rewards. This is why applying to all gaming tournaments can make a lot of sense. Whether we’re talking about cash, freebies, or in-game rewards, there’s an opportunity to get valuable prizes. Just make sure you do your homework before signing up. For example, if you want to participate in a slot tournament, doing research can come in handy. Find information on how slot tournaments work and the prize pools involved.

Those who sign up for gaming tournaments usually spend hours and hours preparing for it. However, there’s a huge difference between playing and actually practicing. If you want to practice for  a tournament, you shouldn’t care about winning or achieving a high score. Instead, focus solely on improving some of your skills. For example, if there’s a maneuver you’re not good at, take an hour a day and practice it until you figure things out. Keeping a journal can help you identify areas of your game that might need improvement.

You need to get out of your comfort zone

Facing opponents in a tournament is nothing like playing with random people online. People you face will know exactly what they’re doing, especially if they participated in tournaments before. If you want to have a chance of beating them, you have to get out of your comfort zone. Is there a part of the map you don’t like playing in? Learn every spot in that part of the map and don’t avoid it in matches. This is exactly why pro players are so successful. For example, the best CS:GO pro players practice on smoke maps before facing their opponents. That way, they know exactly where to shoot even when they can’t see a thing.

Participating in your first gaming tournament is a rewarding experience. The more you prepare for it, the better. Have these six things in mind and there’s no doubt you’ll do well. Just remember that it’s all about having fun and enjoying the experience. As soon as your tournament is over, you’ll get hooked and start preparing for the next one.