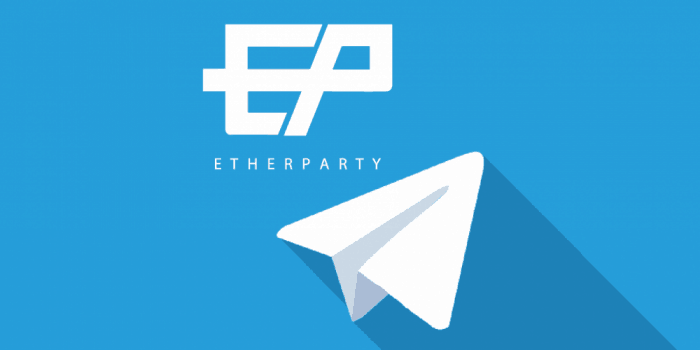 So what is Fuel cryptocurrency (Etherparty)? And should you invest in it?

I’ll also run through which exchanges list the ERC20 token and how to store it securely.

Read on or jump to the section you’re interested in.

1.1. What Is Fuel Cryptocurrency?

So what does the Etherparty token actually do?

Their SaaS (software as a service) platform allows the average person to create their own smart contract on the blockchain.

It’s designed to be a user-friendly way for someone to build a smart contract, without any technical skills.

1.2. What Problem Does Fuel Solve?

As you may already know, programming on the blockchain is a little technical.

If you’re developing a Decentralized App via Ethereum for example, you need Solidity programming skills to create your own smart contract.

Even for experienced developers it’s time-consuming to create smart contracts.

Essentially, there’s a lot of demand for the technology but the barriers are just too high for most people to take advantage of them.

So if you’re an enterprise, consumer or individual looking to create your own smart contract, you have to go through an arduous development process that’s not even guaranteed to work.

Here’s some of the reasons why it’s so hard to create your own smart contract:

And that’s where Fuel cryptocurrency comes in.

Fuel’s aim is to create a user-friendly technology for developing smart contracts that anyone can use.

(Think of it like the WordPress of Smart Contracts.)

1.3. What Are The Benefits of Fuel Cryptocurrency For Its Users?

Unlike most cryptocurrencies, the Etherparty platform is already in beta.

You can actually see a demo of the platform in action below:

I’ll run through the investment pros and cons of Fuel cryptocurrency in more depth later in this article.

So Fuel cryptocurrency is focused on bringing smart contracts to the masses.

Smart contracts set up an automatic form of exchange.

So if certain conditions are met, then a transaction will occur.

That’s the foundation of a smart contract.

Here’s a few ways smart contracts can be used in the real world: The potential of smart contracts for businesses is huge.

But just like developing applications or even creating a website, most businesses don’t have the resources, time or expertise to spend hours coding a smart contract.

Etherparty’s platform helps the average person build their own smart contract within just a few minutes.

You get to skip the months of development, without worrying about the upfront costs and hiring process.

In the same way that applications like WordPress (which powers 30% of the internet) help ‘the average person’ build their own website, Etherparty is planning to solve the same problem for smart contracts.

3. Review Of The Etherparty Team

The long-term potential of a cryptocurrency is highly dependant on their team.

Strong leaders can turn a promising token into a mainstream success.

So if you’re investing in a coin, you should understand whether their leaders are: Etherparty was created by the Vanbex team.

Vanbex is a blockchain consultancy, founded by their partners CEO Kevin Hobbs and Lisa Chang.

Vanbex saw the demand – and the limitations – of creating smart contracts from their own clients.

They already have over 4 years experience in the industry.

In fact, they’ve already consulted with over 70 blockchain clients.

So as well as Etherparty, Vanbex have also partnered on projects such as Storj, Factom and Enjin.

Experience and expertise is going to be incredibly useful when running any blockchain project like this.

For the cryptocurrency space, that’s about as experienced as you’re going to find.

CEO Lisa Chang: Lisa Chang also heads up the Fuel team. She’s worked with Fortune 500 companies and blockchain entrepreneurs in the past.

4. How Does Etherparty Work?

As described in their ICO whitepaper, here’s a few key features for the Etherparty platform in terms of what you can expect:

If you’re already investing in cryptocurrency, you know that market prices fluctuate constantly.

So you may be wondering how can smart contracts be executed with Fuel tokens, when prices are so volatile?

Each contract will be pegged to the value of the USD, reducing the problems associated with price fluctuations.

RSK and Etherparty announced their partnership back in December 2017.

RSK is a company from South America, that essentially creates a two peg mining system for Bitcoin.

Their plan is to bring smart contracts to the Bitcoin network.

With Etherparty being a smart contract focused business, this strategic partnership is designed to help speed up RSK’s mission. Currently, Etherparty’s staking is Proof of Work (see my guide to cryptocurrency mining) but because they’re an ERC20 token, they’ll eventually be moving to proof of stake.

Fuel’s ICO was launched in October 2017, founded in Vancouver, Canada. They actually raised $30 million for their ICO pre-sale, so they have a decent amount of capital to fund their project.Their CEO, Kevin Hobbs, announced that Etherparty’s total supply will be 1,000,000,000, whilst 40% of their token supply was traded during their pre-sale.

During the Etherparty ICO, their security was breached.

Here’s how it happened.

When an ICO pre-sale is launched, users usually purchase ICO tokens with Ethereum.

This Ethereum is sent from the user’s wallet to the company’s wallet – and in exchange they receive ICO tokens.

However, during Fuel’s ICO, hackers hijacked the Etherparty’s wallet address so that they received the funds instead.

The security breach was resolved within 15 minutes, as their website was taken down.

It’s not the first Ethereum ICO to be hacked but that doesn’t make it any better.

However, every victim of the attack was compensated and swift measures were taken to stop the hackers – including a press release and taking the website down.

It’s undeniable, Etherparty has plenty of competition.And when it comes to future price predictions, Fuel’s success depends on what it’s competitors do. It’s a race to the top.The problem is that there will be loads of options when it comes to SaaS platforms for smart contracts.

Whilst Fuel’s platform is already in beta, it’s a small, competitive space that’s difficult to predict.So let’s look at Fuel vs other coins on the market. Their two main competitors are BlockCat and Agrello.

Whilst BlockCat seems to be more in the early stages of development, it’s still touted as a major competitor of Fuel.

Let’s see how they match up:

So what’s the difference between Etherparty and DLT?

7. Is Fuel A Good Investment?

So is Etherparty actually worth investing in?Well, let’s analyse how it’s future price will be positively and negatively affected.

7.3. Why Is Etherparty Dropping?

Here’s a few reasons why Fuel’s price has dropped dramatically: In their whitepaper, they’ve actually compared this business model to the success of email.

For example, most people don’t have the technical know-how to develop their own email technology – yet almost everyone in the world understands how to send an email.

And that’s mainly thanks to the usability of companies like Gmail, Yahoo and Hotmail.

The plan to make Fuel cryptocurrency successful is similar – it’s a case of simplicity over everything.

The easier their platform is to use, the more it will be adopted on a mainstream level.

8. How To Buy Etherparty.

Binance is the main exchange listing Etherparty. MyEthereum wallet is another option.

Check out the latest prices here.

Like always, don’t leave your Fuel cryptocurrency on an exchange.

It’s a risk you don’t need to take.

As an ERC20 token from the Ethereum blockchain, Fuel can be stored securely offline with a hardware wallet.

(Just make sure you use a hardware wallet that supports Ethereum tokens.)

9.1. Can You Give Me Some Price Predictions For Fuel?

To understand the projected growth of Fuel cryptocurrency, you need to look at their use case.

So the more that industry grows, the more potential Etherparty has.

Let’s look at the facts:

Clearly, this industry is changing the world.

If Fuel cryptocurrency can gain brand loyalty and a large user base before their competitors, there’s a lot of potential for the price to grow.

Of course, only time will tell.

9.2. What Is The Price Of Fuel Cryptocurrency?

You can stay updated with Fuel cryptocurrency’s live prices on Coin Market Cap.

9.3. Where Can I Find The Latest Etherparty News?

Here’s a few resources you can use to keep up with the latest Etherparty news:

9.4. Where Can I Find The Etherparty Whitepaper?

You can find their whitepaper here.

9.5. Should I Invest In Etherparty?

So how high could Etherparty climb to?

I’d recommend checking out my pros and cons overview above. The key here is that you should only ever invest in the coins you believe in.

You need to focus on the coin’s use case, not it’s short term value:

If you don’t see the future potential of Etherparty, don’t invest in it.

Personally, I like their team, their experience, technology and I can see an obvious use case.

But will I be investing in them?

I don’t feel that strongly about the space they’re in, so Fuel doesn’t appeal to me as an investment option.

But does a drag and drop smart contract platform have a lot of potential?

If you’re going to invest in Fuel, I’d say it’s more of a long-term HODL than a quick win.

9.6. Is Etherparty A Pump And Dump Coin?

With $30 million dollars raised during their ICO, their coin has long-term potential.

However, if you look at their price history, it’s obviously been pumped and dumped in the past.

Having said that, they’re were pumped back in November – when the cryptocurrency market was flooded with new investors.

From what I’ve seen so far, Etherparty have a strong team, a product that’s already working and their marketing campaign raised a lot of hype around the project.

9.7. What is Etherparty’s Coin Symbol?

The Etherparty coin symbol is Fuel.