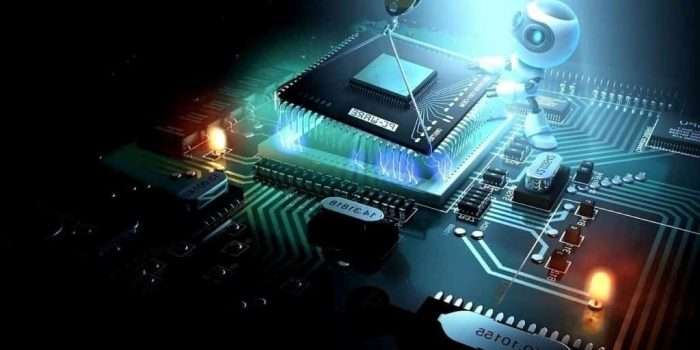 In this article, we’ll look at the best cryptocurrency to mine in 2018.As mining BTC becomes exponentially more expensive and time consuming, most cryptocurrency miners are looking for a Bitcoin alternative. And that’s why I’ve created this guide. You’ll learn the best GPU and CPU cryptocurrencies to mine, along with how I’ve calculated the list.Read on or skip to the section you’re interested in.

1. How Do You Know Which Coin Is The Most Profitable To Mine?

So when I say I’ve calculated the most profitable coin to mine, it’s simply by looking at a few key factors.

Your hardware will be doing the ‘heavy lifting’. When you mine cryptocurrency, you’re solving complicated mathematical algorithms. The more efficient your hardware, the more profitable mining becomes.The hardware you should use really depends on the cryptocurrency you’re going to mine. Some will be more efficient than others.Typically, GPU cards are better for mining but you can still use CPU too. I’ve covered both below.The other thing to note is that some cryptocurrencies are becoming ASIC resistant, which allows more decentralization across the network. This also ensures ‘smaller fish’ can still join the mining community. 1.3. Mining Difficulty Of The Coin.

The harder it is to mine a cryptocurrency, the less profitable it becomes in terms of time and costs vs reward. This varies from coin to coin. It also depends how established the coin is, as mining times often rise the more a coin is mined.

Remember that mathematical algorithm I was talking about earlier?Everytime you solve it, you’re rewarded with a token on the blockchain. So the faster your hardware can solve these calculations, the more rewards you will receive.I’ve also analysed the key differences between CPU and GPU mining for those of you not sure how they compare.(Hint: GPUs are much more powerful processing units but CPU miners still have plenty of options.)OK that’s enough small talk, let’s get into it.

Whilst ASIC mining is becoming more popular, GPU (Graphics Processing Unit) is still a profitable option.However, the profitability of mining is heavily dependant on efficiency. So the more powerful your GPU is, the more profitable mining becomes. Now let’s look at some GPU mineable coins.

Ethereum is one of the best coins to mine in 2018 because it has such promising potential as a coin.

As a platform for developing Decentralized Apps, Ethereum is now the most popular ICO platform in the world.

You can buy pre-built Ethereum mining rigs online, but it’s more efficient and cost-effective to build your own.

So is mining Ethereum worth it?

Reasons why you shouldn’t mine Ethereum:

Ethereum will eventually transition to Proof of Stake mining.

Monero is one of the most popular privacy coins.

I actually listed Monero in my top 15 altcoins to watch because of its future potential.

It’s designed to make transactions completely anonymous and untraceable, so that users can protect their identify when it comes to online spending.

Is Monero the best coin to GPU mine?

Well, it’s popularity has certainly increased. Monero is currently trending as one of the most popular mining options on whattomine.com.

XMR’s profitability was boosted since they removed functionality for ASIC chips.

So why is Monero fighting back against ASICs?

Mainly because they want XMR mining to remain decentralized. This protects against 51% attacks (where miners can manipulate a cryptocurrency’s blockchain by pooling together their resources).

Let’s take a look at the advantages of GPU mining Monero:

Reasons why you shouldn’t mine Monero:

There’s a lot of hype around BTCP.

Whenever that happens with cryptocurrency, I feel a little skeptical.

But despite that, it has a lot potential for mining profitability.

Because BTCP has taken some of the best elements of Bitcoin, made it much faster (in terms of transaction speeds) and then combined this with Zclassic’s privacy features.

So why do I think Bitcoin Private is the best coin to mine with a GPU?

If you’re new to mining, then you may not be keen on the idea of splashing out on an expensive GPU or ASIC chip.

If that sounds like you, then a CPU (Central Processing Unit) might be what you’re looking for.

So next we’ll analyse some CPU mineable coins – but first here’s why CPU mining is beneficial.

What I like about CPU mining is that it deters centralization.

The problem with mining cryptocurrencies is that pre-designed ASIC miners can come in, monopolise the blockchain’s rewards and this essentially stops anyone else from competing. Bitcoin is a classic example:

CPUs could originally mine Bitcoin, but now Bitcoin mining is almost exclusive to a few enterprises with huge mining rigs.

So why is that a problem?

Well, this means more centralization – because only a few mining companies can realistically compete for mining rewards.

Everyone else is kind of pushed out.

And more centralization kind of defeats the benefits of cryptocurrencies.

However, when it comes to CPU mining, your choices are limited.

The problem with most mining algorithms is that usually, everyday laptops can’t compete with the powerful hardware of ASIC miners.

This level of exclusivity creates problems with centralization and leaves the network open to vulnerabilities like a 51% attack.

However, Bytecoin was the first cryptocurrency to join Cryptonote’s algorithm way back in 2012.

Cryptonote basically splits up the mining network evenly between CPUs and GPUs – basically allowing almost anyone to join the mining process.

Plus, it helps to grow the community.

The more people that can mine Bytecoin, the better as this increases the coin’s overall adoption and decentralizes the network.

Bytecoin’s ranked in the top 30 by coin market capitalisation – and as far as cryptocurrency goes, it’s already fairly established. Dogecoin started out as meme but quickly gained popularity, becoming one of the largest cryptocurrency communities in the world.

The Dogecoin blockchain has a lot of volume.

In fact, there will be 100 billion Dogecoins mined in total, which is why it’s value per coin is so low.

So is Dogecoin the best coin to mine with CPU?

Let’s take a look at the facts:

Vertcoin’s concept is similar to Bitcoin and Litecoin.

However, with the rising centralization of Bitcoin’s network, Vertcoin designed an algorithm that allows more distribution across their blockchain.

So what are the benefits of mining Vertcoin?

As a miner, it’s important to understand the key differences between CPU and GPU mining.

You see, mining is all about number crunching.

Miners have to solve complex maths problems to be rewarded with a coin.

The faster they solve it, the more rewards they receive.

And the more a coin is mined, the harder and less rewarding it becomes to mine it again.

So let’s look at how this issue affects GPUs and CPUs:

So when you’re trying to find the most profitable coin to mine, there’s a few things you need to take into account.

Here’s what you need to know.

However, their value fluctuates everyday. And that’s problematic.

But your profit is only locked in once you’ve sold it – not when you mine it.

And as we all know, cryptocurrency prices are not reliable.

The list above is based on today’s value but this could quickly change.

You have to look at mining from two angles:

A) The coin’s profitability in terms of the hardware you’re using, your electricity costs and the mining difficulty.

B) The coin’s future potential – in terms of practicality. This involves researching their team, use case, the problem the altcoin will solve and it’s overall credibility.

Why does this matter?

Because unless you sell your mined coins straight away, you’re betting on a cryptocurrency which may have no future value.

It doesn’t matter how profitable a coin is to mine today if the use case of that altcoin is weak.

So do your research first folks.

It’s not ideal for beginners.

That’s especially true if you’re setting up a rig, which can be time-consuming and expensive.

You need hardware, a suitable location, plus the expertise – amongst many other things.

It’s important to understand what you’re getting into before you start mining.

6. FAQs About The Best Coins To Mine.

6.1. What Is Cryptocurrency Mining? Unlike offline currencies, cryptocurrencies are created digitally via the blockchain network.

That means the currency can’t be re-printed, instead it has to be mined from the blockchain.

In turn, this stops the problem of fiscal inflation often caused by Governments circulating more money.

Just like gold or coal, there’s only a limited number of coins in supply for each cryptocurrency. And like offline resources, these cryptocurrencies are mined.

For example, there will only ever be 21 million Bitcoins in existence. And that’s where mining comes in.

Cryptocurrency mining is a process of solving complex cryptographical formulas, to secure the network and stop theft.

However, different cryptocurrencies have different mining algorithms – some more intensive than others.

And that’s why you have different types of mining such as GPU, CPU and ASIC.

6.2. What Is The Best CPU Cryptocurrency To Mine?

Bytecoin is one of the best cryptocurrencies for CPU mining.

You simply install the software on your laptop, wait for it to synchronise with the network and then start mining.

Whilst Bytecoin doesn’t have the profit potential of other altcoins, for CPU mining it’s pretty straightforward.

I also like Bytecoin’s Cryptonote software, which is designed specifically to encourage decentralization and grow it’s community.

However, I’d still recommend doing your own research first before you start mining Bytecoin.

Yes, GPU mining is still profitable as long as you pick the right coin (I’ve listed my top 3 above).

However, you’ll need to do your research first before you get started. It’s not quite as simple as firing up a GPU and claiming the rewards.

Here’s some tips for GPU mining: